Chapter 1 from our report summarizing the lessons we learned on the Great American Adaptation Road Trip. We partnered with the Georgetown University Climate Center to get this to you. Stay tuned for Chapter 2.

Take-home lesson #1: Many drivers motivate communities to pursue initiatives that enhance resilience to climate change impacts; projects that have multiple benefits are more likely to be implemented.

As climate change impacts such as more intense coastal storms, hotter heat waves, bigger floods, and more extreme droughts emerge across the U.S., communities are responding and preparing in myriad ways. At the heart of most action is people’s desire to protect and improve the place where they live, but this core motivation manifests itself differently in different settings. Some communities are driven to action by the ‘wake-up call’ of a hurricane or another disastrous event that exposes vulnerabilities. Some communities find that resiliency to climate impacts is yet another benefit of neighborhood initiatives such as tree planting or smart zoning that enhance quality of life. And some communities may not be thinking about climate change at all but nevertheless implement projects that help them weather the storm or the drought. Understanding what motivates people to build resilience is key when it comes to designing incentives, determining what information people will use to make decisions, and communicating the need for a project.

END_OF_DOCUMENT_TOKEN_TO_BE_REPLACED

Listen to the Podcast

Allie Goldstein: This is Allie Goldstein and Kirsten Howard of Adaptation Stories. On June 3, 2013, we visited Island Park, New York on the South Shore of Long Island. We met with David Schieren who cofounded Empower Solar along with Greg Sachs in 2003. Empower’s core business is the design and installation of solar power systems, which they do across New York City and the surrounding region. That business was compromised—temporarily—when Hurricane Sandy hit New York on October 29, 2012. We spoke with David about Empower’s story of resilience, which had some surprising twists and turns. I’ll let him tell it to you. END_OF_DOCUMENT_TOKEN_TO_BE_REPLACED

It takes us an entire morning and part of an afternoon to find Evening Song Farm. I think they got wiped out by the flood, the owner of a sandwich shop in Cuttingsville, Vermont shrugs. A few miles down the road, we find Evening Song’s faded sign. No answer at the door. A woman at the garden shop tells us to cross the bridge and then the railroad tracks, turn right onto a dirt road, and follow it to the top.

END_OF_DOCUMENT_TOKEN_TO_BE_REPLACED

Duncan Watson and André both get the jitters when it rains. For Watson, Assistant Director of Public Works for Keene, New Hampshire, heavy precipitation events bring back memories of the massive storm the city experienced in October 2005 that dumped 11 inches of rain in 24 hours. Near Watson’s house, the Cold River overflowed, unleashing a 20-foot tall wall of water that wiped out many homes and killed seven people.

END_OF_DOCUMENT_TOKEN_TO_BE_REPLACED

Sitting in a conference room in the midst of Grand Rapids’ state-of-the-art wastewater treatment plant, Mike Lunn, the Director of the City’s Environmental Services Department, tells us a story. It’s a universal story—one that applies to countless towns and cities as they cropped up across America:

First, in the late 1800s, they just sent raw sewage in pipes straight down to the river. When the city started smelling unpleasant, some bright individuals combined the sewer pipe system with the rainwater system, allowing the rain to naturally flush out the sewage pipes. But eventually, the river’s foul odor was too harsh on the olfactory glands, so they ran the pipes parallel along the riverbed, sending the sewage downstream. After a while the neighbors complained, so, in the 1930s, they built the first wastewater treatment plant to clean the sewage water before it reached the river.

In some cities, the story more or less ends there. But in Grand Rapids, the Environmental Service Department’s (ESD) attitude is that the plant’s processes need to be continually improving.

END_OF_DOCUMENT_TOKEN_TO_BE_REPLACED 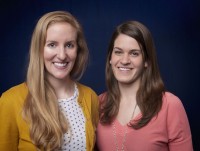